Are You Born Again?

Are you born again? This is one if life's most important questions. Jesus Christ said, "Except a man be born again, he cannot see the kingdom of God" (John 3:3)

It is not enough to reply, "I belong to the church; I suppose I'm a Christian." Thousands of nominal Christians show none of the signs of being born again which the Scriptures have given us—many  listed in the First Epistle of John. 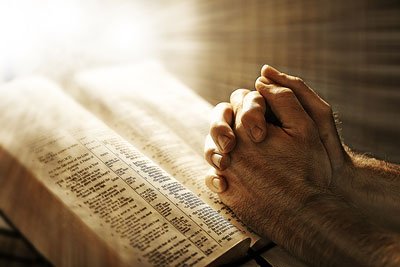 A person who has been born again, or regenerated, does not habitually commit sin. He no longer sins with his heart and will and whole inclination. There was probably a time when he did not think about whether his actions were sinful or not, and he did not always feel grieved after doing evil. There was no quarrel between him and sin; they were friends. but the true Christian hates sin, flees from it, fights against it, considers it his greatest plague, resents the burden of it's presence, mourns when he falls under it's influence, and longs to be completely delivered from it. Sin no longer pleases him, nor is it even a matter of indifference to him; it has become a horrible thing which he hates. However, he cannot eliminate it's presence within him.

If he said that he had no sin, he would be lying (1 John 1:8). But he can say that he hates sin and that the great desire of his soul is not to commit sin at all. He cannot prevent bad thoughts from entering his mind, or shortcomings, omissions, and defects from appealing in both his words and his actions. He knows that "in many things we offend all" (James 3:2). but he can truly say, in the sight of God, that these things cause him grief and sorrow and that his whole nature does not consent them. What would the apostle say about you? Are you born again?

Second, John wrote: "Whosoever believeth that Jesus is the Christ  is born of God" (1 John 5:1)

A man who is born again, or regenerated, believes that Jesus Christ is the only Saviour who can pardon his soul, that He is the divine person appointed by God the Father for this very purpose, and beside Him there is no Saviour at all. In himself he sees nothing but unworthiness. But he has full confidence in Christ, and trusting in Him, he believes that his sins are all forgiven. He believes that, because he has accepted Christ's finished work and death on the cross, he is considered righteous in God's sight, and he may look forward to death and judgement without alarm.

He may have fears and doubts. He may sometimes tell you that he feels as if he had no faith at all. But ask him if he is willing to trust in anything instead Christ, and see what he will say. Ask him if he will rest his hope of eternal life on his own goodness, his own works, his prayers, his minister, or his church, and listen to his reply. What would the apostle say about you? Are you born again?

Third, John wrote: "Every one that doeth righteousness is born of Him" (1 John 2:29)The man who is born again, or regenerated, is a holy man. He endeavors to live according to God's will, to do the things that please God and to avoid the things that God hates. He wishes to continually look to Christ as his example as well as his Saviour and to prove himself to be Christ's friend by doing whatever He commands. He knows he is not perfect. He is painfully aware of his indwelling corruption. He finds an evil principle within himself that is constantly warring against grace and trying to draw him away from God. But he does not consent to it, though he cannot prevent it's presence.

Fourth, John wrote: "We know that we have passed from death unto life, because we love the brethren" (1 John 3:14).

A man who is born again has a special love for all true disciples of Christ. Like his father in heaven, he loves all men with a great general love, but he has a special love for those who share his faith in Christ. Like his Lord and Saviour, he loves the worst of sinners and could weep over them; but he has a peculiar love for those who are believers. He is never so much at home as when he is in their company.

He feels they are all members of the same family. They are his fellow soldiers, fighting against the same enemy. They are his fellow travelers, journeying along the same road. He understands them, and they understand him. They may be very different from himself in many ways—in rank, in station in wealth. but that does not matter. They are his Father's sons and daughters and he cannot help loving them. What would the apostle say about you? Are you born again?

A man who is born again does not use the world's opinion as his standard of right and wrong. He does not mind going against the world's ways, ideas and customs. What men think or say no longer concerns him. He overcomes the love of the world. he finds no pleasure in things which seem to bring happiness to most people. To him they seem foolish and unworthy of an immortal being.

He loves God's praise more than man's praise. He fears offending God more than offending man. It is unimportant to him whether he is blamed or praised; his first aim is to please God. What would the apostle say about you? Are you born again?

He desires to live like a soldier in an enemy country—to wear his armor continually and to be prepared for temptation. He is Diligent to be watchful, humble, prayerful man. What would the apostle say about you? Are you born again?

These are the six great marks of born again Christian.

There is a vast difference in the depth and the distinctness of these marks in different people. In some they are faint and hardly noticeable. In others they are bold, plain and unmistakable, so anyone may read them. Some of these marks are more visible than others in each individual. Seldom are all equally evident in any one person.

But still, after every allowance, here we find boldly painted six marks of being born of God.

Do you know the Risen Saviour?